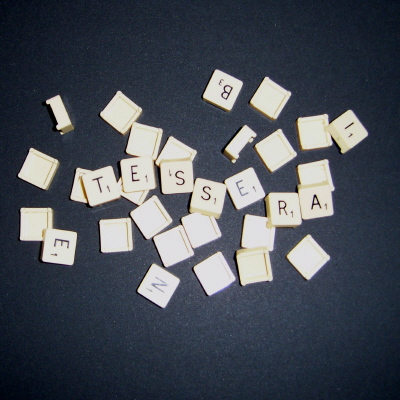 Where does the name come from? It's a Latin word, meaning a tile - elements that have to fit together to create a coherent whole, a mosaic that is more than the sum of the consituent parts - just like the words in the texts to be translated. The word then also came to be used for a variety of small tokens and coins, dice and so forth.

However, that second meaning developed further as well: Roman soldiers, needing to keep track of the password of the day, would write it down on a small piece of clay that could be handed on to the next men on the watch.

Languages are dynamic and constantly changing, borrowing and inventing new words. In time, the word for such a tile - tessera - evolved to become the Latin word for a password - the name of Tessera's parent company.
The "token" or "identification" meaning is still evident in modern Italian, incidentally, where the word is used for ID cards and membership passes and similar items.